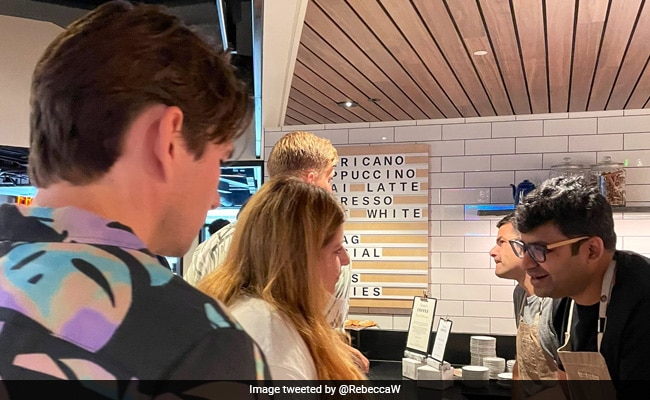 Twitter’s chief executive officer Parag Agrawal attended a number of business events in London last week. During that time, Mr Agrawal even made time to serve coffee to the staff.

At the social media giant’s London office, Mr Agrawal was seen taking coffee orders. Dara Nasar, the managing director of Twitter, UK, was also on duty. Ned Segal, the chief financial officer at Twitter, served up some cookies to go with his coffee.

As part of the events during Mr Agrawal’s United Kingdom visit, there was also a stand-up comedy show.

Then a stand-up comedy show* with @Team_Shutterstock and a framed @Paraga emoji. Obvs.

Elon Musk, the Tesla and SpaceX CEO, addressed Twitter staff at an all-hands meeting a few weeks ago. Mr Musk was supposed to buy the social media company for $44 billion. According to Mr Musk, he wants Twitter to develop into a super app, similar to WeChat in China.

The relationship between Mr Agrawal and Mr Musk has suffered as a result of the Tesla CEO insulting him on Twitter. As he searched for more information concerning spam, bots, and phoney accounts on the social media network, Mr Musk had said in May that his proposed purchase of the social media platform was on hold.

Mr Musk brought up this subject once more, stating that these are the causes why the purchase has not been completed.

Mr Musk used a poop emoji as a response when Mr Agrawal explained in a lengthy thread how Twitter estimated fraudulent accounts.