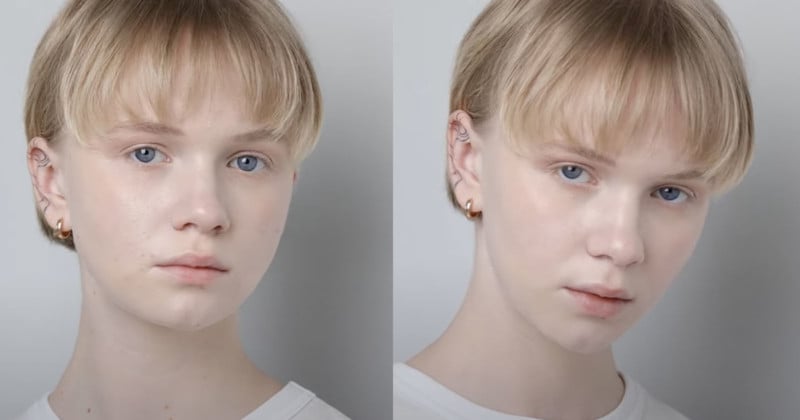 Retouch4me has announced the first neural network-trained plugin for DaVinci Resolve that automatically retouches skin imperfections extremely quickly and entirely on its own.

The Estonia-based company’s new Heal OFX video plugin builds on the technology found in its photography retouching software. In April, Retouch4Me announced a suite of nine plug-ins that target specific retouching tasks and was able to automate what would normally take a lot longer to do by hand.

While most plugins that offer to do what Retouch4Me does end up making skin look fake and like plastic, the company’s artificial intelligence-powered tools manage to actually provide great results across a variety of photography disciplines with minimal effort.

The tool removes blemishes on skin but keeps textures and tones intact which contributes to a final image that looks realistic. While expensive, Retouch4Me actually manages to do what it claims, which led PetaPixel to recommend it as the best plugin for AI Portrait Retouching.

While the still photo software was impressive, the company clearly had more in mind for its AI. Heal OFX for DaVinci Resolve takes the basic results from its photo software and brings it over to video where retouching has historically been far more complicated.

“Some users applied our plug-ins to retouch video by creating a sequence and editing each separate frame,” Oleg Sharonov, the author and the main developer of the project, says. “We decided to simplify the task, making the editing convenient and optimizing the work of the neural network for video. We are launching a new plug-in that retouches directly in Da Vinci by pressing just one button.”

Retouch4me says its Heal OFX plugin works like having a professional video retoucher and allows videographers to get natural-looking results quickly without having to dedicate time and resources to the process. A brief demonstration of the plugin can be seen in the video below.

The demonstration shows that the tool removes facial blemishes but also appears to remove beauty spots and freckles. It’s not clear how much, or if, the plugin can be refined to only target a specific type of “imperfection,” but given the description of Heal OFX from the company, it appears that, at least for now, the only option is a blanket application of the effect.

“The unique neural network tracks and saves retouched fragments of the video. You don’t need to remove each spot separately, you get the perfect result by pressing just one button,” the company says. “The application allows you to control the degree of processing and select areas where it is not needed. It makes the plug-in a great fit for natural, high-quality retouching.”

Retouch4me has not revealed how much Heal OFX will cost nor has the company revealed a launch date, but those interested in the tool can sign up on the company’s website to be notified when the product is ready to purchase. Editors should expect to pay a decent amount for the tool, given that each the company’s photograpahy-based plugins runs between $99 and $120.