LONDON, July 1 (Reuters) – The European Union on Thursday reached a provisional deal on the world’s first set of comprehensive rules to regulate what one lawmaker called the “Wild West” crypto market. read more

WHAT ARE THE NEW RULES?

Crypto firms that want to issue and sell digital tokens in an EU state will have to obtain a license from a national regulator.

The license will allow operators to serve the whole 27-country bloc from one base, and be liable for losing cryptoassets from consumers’ digital wallets.

Currently, firms show an EU national regulator they have adequate controls to stop money laundering, but can only operate within that country.

National watchdogs must update the EU’s securities watchdog ESMA about any large operators they have authorised, which stops short of lawmaker calls for a European watchdog for the sector.

SO THE RULES ARE ALREADY IN EFFECT?

The deal needs formal rubberstamping by EU states and the European Parliament before it comes into effect – likely 2023 at the earliest.

The rules will apply to some tokens such as “stablecoins” – crypto pegged to traditional currencies or commodities that aim to keep a steady value – 12 months from the day the law comes into force. For other tokens, the rules will apply 18 months after the start date.

Crypto firms that already comply with anti-money laundering controls will also be given 18 months to obtain licenses under new law, without disrupting service.

ARE STABLECOINS A BIG ISSUE?

The collapse in May of the terraUSD stablecoin triggered a sharp sell-off in crypto markets and worried regulators.

The EU rules will give holders of stablecoins the right to claim their money back free of charge. Issuers of the tokens will have to hold minimum levels of liquidity, and will be overseen by the EU’s European Banking Authority. 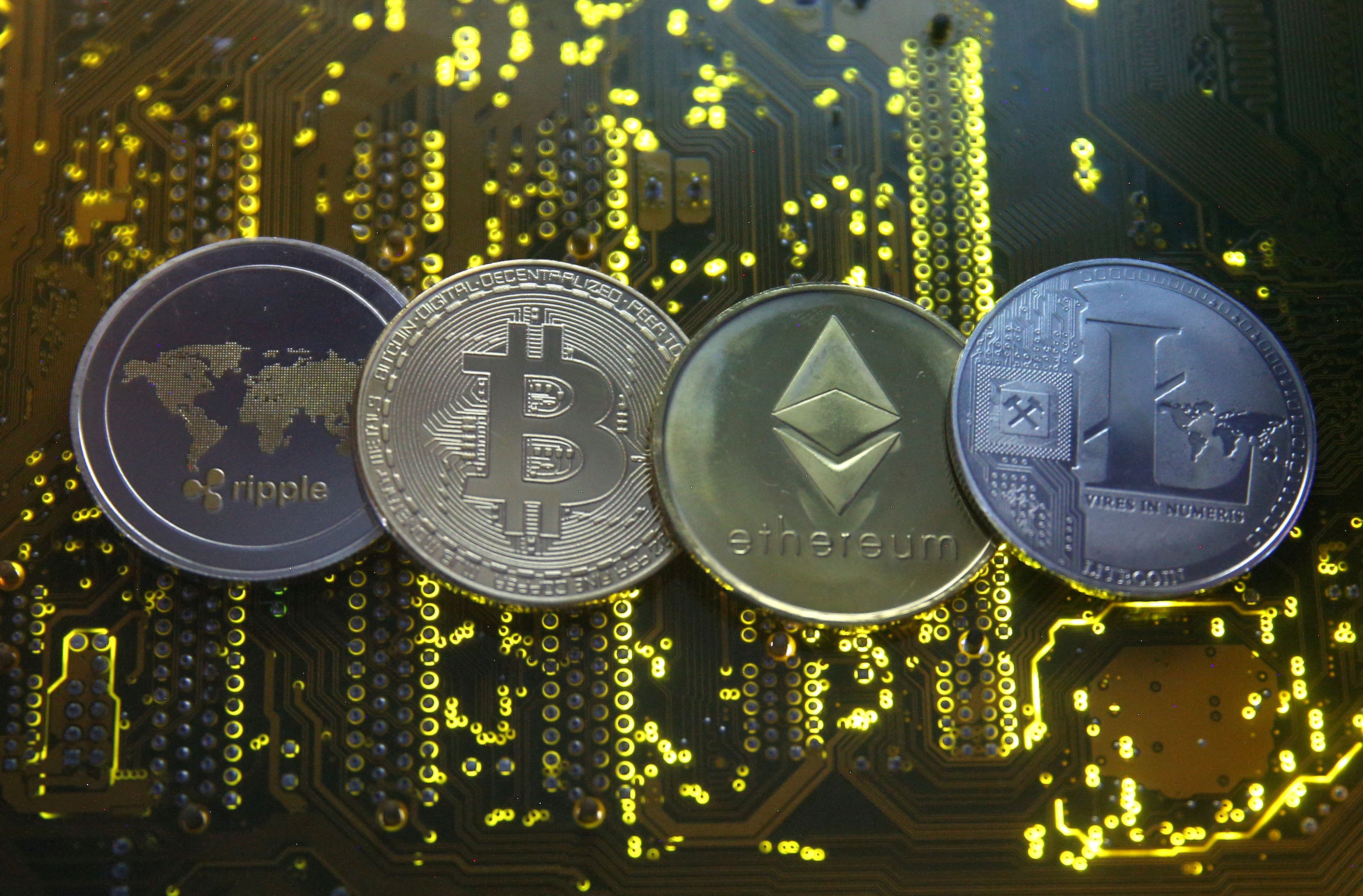 Representations of the Ripple, Bitcoin, Etherum and Litecoin virtual currencies are seen on a PC motherboard in this illustration picture, February 14, 2018. REUTERS/Dado Ruvic/Illustration

Crypto firms must have a registered office in the bloc to issue stablecoins, and coins based on non-European currencies will be constrained to preserve “monetary sovereignty.”

Crypto industry officials say it will become harder to make money under such rules.

That led to a compromise where NFTs are not included, but if they become fungible – mutually replaceable – regulators can force them to comply with crypto rules. If they act like traditional securities, the EU’s stringent MiFID markets rules can come into play.

The European Commission will assess within 18 months whether standardone rules are needed for NFTs.

WHAT ABOUT CRYPTO AND CLIMATE CHANGE?

Bitcoin’s energy use is a big worry for lawmakers.

Crypto firms will have to disclose their impact on the environment and climate change, using standards that the ESMA securities watchdog will draft.

The European Commission will assess within two years the environmental impact of cryptoassets and introduce mandatory sustainability rules, including on the energy-intensive “proof of work” system used for “mining” crypto such as bitcoin.

WHAT ARE OTHER COUNTRIES DOING?

Japan blazed a trail among major import by introducing a crypto law in 2017, forcing exchanges to register with its financial watchdog.

Others have been slower.

In the United States, there is no federal framework in place, though individual states do have crypto-specific rules. Senators unveiled this month a bill to set out new rules and hand the bulk of oversight to commodities regulators, though it’s unclear when the rules would be approved. read more

Britain said in April it would introduce rules on stablecoins, leaving most cryptocurrencies and related firms subject only to patchy regulation. read more