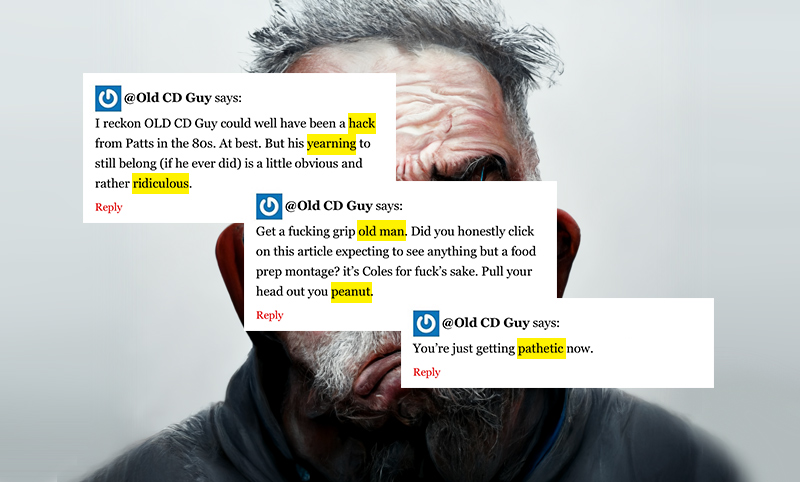 For years now — perhaps decades — a creative director self-identifying as ‘Old’ has trolled the comments on Campaign Brief.

Whether lacerating current commercials, or simply musing about times past, his contributions have been consistently hilarious.

Because although many guesses have been attempted, the true identity of Old CD Guy has remained unknown.

Says Walshe: “You see, while scientists around the world are using AI to conduct cancer research or solve pressing environmental issues, I used one of the new consumer-facing AI programs to create a composite picture of CB’s favorite commentator.

“Finally unmasked, for the world to see.” 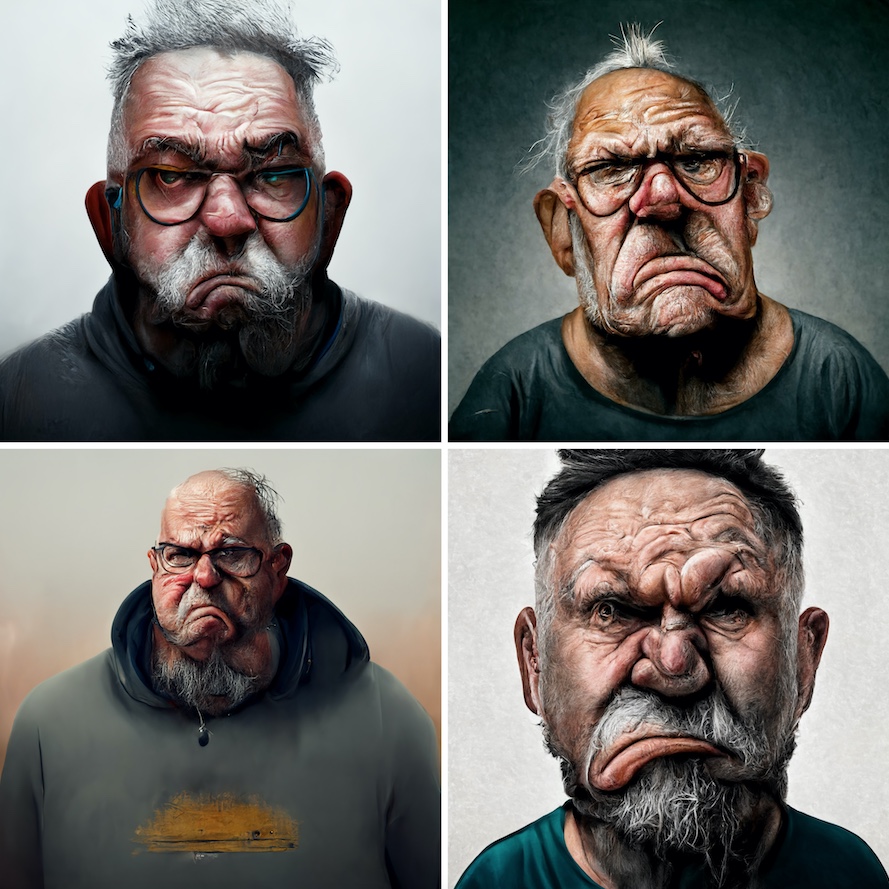 The serious point here is while AI is currently just a novelty in the creative industries, it may soon become a reality. AI could create a music video based on song lyrics… serve hyper-personalised digital ads based on social likes… maybe even generate high-quality TV ads – from just a script – at the touch of a button.

Says Walshe: “How did I create this portrait? It was compiled together by an AI art generator called MidJourney, into which I fed key words which other CB commentators used to describe Old CD Guy.

“The exact phrase used, in case any of the nerds out there are interested, was: “Hack, disgruntled, yearning, arrogant, ridiculous, judgemental, bully, pathetic, peanut, old man, creative director in the advertising industry, photorealistic, portrait.”

“So now we can all sleep easy knowing what he looks like. Amazing.

“The only problem is in a few more years, that’s pretty much how I’m going to look myself…

Neil Walshe is a Creative Art Director from Sydney, neilwalshe.me

MidJourney is an AI art generator from the internet, midjourney.com

(Quotes are taken directly from comments, and not my opinion, obvs)